The Roots of Decadence 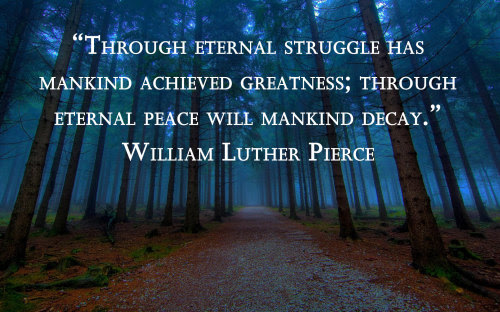 DURING THE recent Apollo 17 lunar expedition, publicists and politicians repeatedly emphasized that it was the “last” manned expedition to the moon. There would be no more lunar exploration, because the expeditions were too expensive and the money was needed instead to “improve the quality of life” for Americans.

It was pointed out that huge expenditures for the space program could no longer be justified when millions of Americans were living in “poverty.” One columnist estimated that the money spent by NASA just for the equipment left on the moon by the various Apollo expeditions ($500 million) could have bought a large-screen color TV set for each of one million “underprivileged” (Black) families.
Read more »
Posted by Vanessa Neubauer at 3:44 PM 1 comment:

FOR THE LAST three decades there has been, in this land of free speech and a free press, an almost universally observed taboo on one topic of overwhelming importance: the Jewish question. Until about the last year or two, in fact, it was hardly permissible to even hint at the existence of such an issue, much less to discuss it openly.

Now the subject has been broached, not by our own people — for whom it has the most crucial importance — but, interestingly enough, by the Jews themselves, who successfully imposed the taboo on it in the first place.
One cannot pick up a major newspaper today without reading about “the Jewish vote” in the recent Presidential election, or which candidate got the most “Jewish money,” or which senators are blocking further Russian trade agreements until the Russians make more concessions on “the Jewish issue,” and so on.

Read more »
Posted by Vanessa Neubauer at 3:15 PM No comments:

THE AMERICAN press in recent months has carried a number of reports of protests by South African students against their government’s policy of racial separation, or apartheid. “White Students Rebelling Against Government Discrimination,” the Reuters reports shriek, followed by vivid accounts of truncheon-wielding policemen wading into crowds of peacefully protesting students and brutally cracking skulls left and right. One news story told of policemen chasing students from the University of Cape Town who sought refuge in St. George’s Cathedral, battering them senseless, and dragging them out, leaving pools of blood among the pews.

Read more »
Posted by Vanessa Neubauer at 7:58 PM No comments: 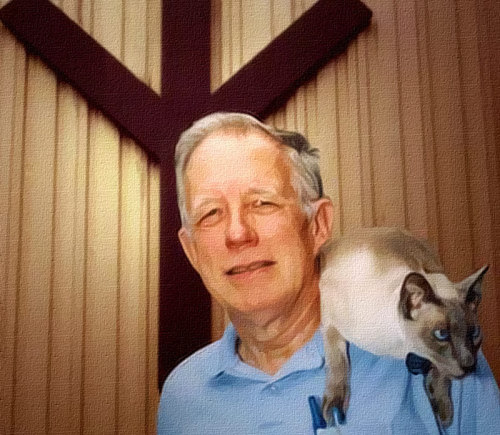 IT IS WORTHWHILE, every so often, to review in our minds just where it is that we are headed and how we plan to get there. It may help to keep us from wandering off course — from forgetting, in the day-to-day bustle of events, what it’s all about.

Then, too, circumstances change, and if our work is to remain meaningful and to continue carrying us forward we must constantly re-evaluate our strategy and our tactics in the light of new conditions. Otherwise, it is all too easy to slip into the lazy habit of saying and doing the same things we have learned to say and do in the past, while failing to continually keep in mind how these things relate to both our short-term and our long-term goals.

Read more »
Posted by Vanessa Neubauer at 6:22 PM No comments:

ATTACK! CERTAINLY does not want to establish a reputation as a pander for the skin-flick trade, but we are going out on a limb just once and recommending that all our readers see the movie Portnoy’s Complaint.

If the viewer can stomach the peculiarly Jewish fixation on genitalia and human excretory functions which pervades the film, there is a reward for him: namely, a fleeting glimpse at the traditional Jewish attitude toward Gentiles — or the goyim, as Portnoy and his family would say.

Read more »
Posted by Vanessa Neubauer at 6:14 PM No comments:

TECHNOLOGY has come somewhat into bad odor among many of today’s young people. Sensitive souls who find themselves out of tune with the gaudy, gimmicky, and artificial world of 20th-century America often place the blame for this dissonance on the technology which has made all the gimmicks possible. This attitude is revealed, for example, by the pejorative use of the term “plastic."

Hostility toward technology also often finds expression among those genuinely and deeply concerned about wildlife and the beauties and virtues of our vanishing wilderness. DDT and mercury pollution, oil spills, smog, the mind-shattering racket of jet aircraft and diesel trucks, the chemical adulteration of foodstuffs, the unsettling thought that Big Brother may be electronically eavesdropping on our most intimate and personal affairs, the Niagara of household detergent wastes which are killing our lakes and streams — all these things are blamed on modern technology to which they are, undeniably, related.

Read more »
Posted by Vanessa Neubauer at 6:03 PM No comments:

GENERATIONS of American and European schoolchildren have been taught about the “cradle of civilization” in the Middle East, from which cultural innovations supposedly spread out to other lands, eventually illuminating even the darkest corners of barbarian Europe.

The Egyptian pyramids are cited as examples of the first spark of creative engineering applied to the erection of massive stone architecture — a spark which cast a dim light northward and westward, leading to later engineering achievements in Europe.

Likewise, the ceramics and metallurgical skills of ancient Mesopotamia are held up as the models which were supposedly later copied by the benighted peoples of Europe.

Now, recent scientific work has invalidated the entire scheme of European prehistory based on the notion of ex oriente lux — light from the east. The exciting new findings, which have revolutionized the fields of archaeology and prehistory within the last year, are discussed in an article in the October 1971 issue of Scientific American.

Read more »
Posted by Vanessa Neubauer at 5:49 PM No comments: