The Essence of Judaism 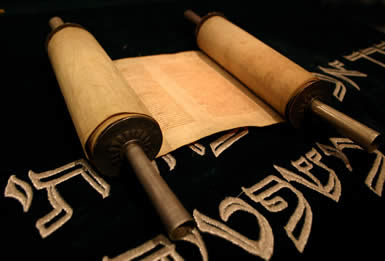 THE JEWISH PROBLEM is as old as the Jewish race. Over three thousand years ago the Jews were formed as a racial and national community in Egypt. There the former slave Joseph had parlayed his talents for necromancy and grain-speculation into a virtual dictatorship at the side of the Pharaoh. “As for the people, he reduced them to serfdom from one end of the land to the other” (Genesis 47:21). Then Joseph threw open Egypt to his Jewish brethren: “You shall feed on the fat of the land” and “the best that the land of Egypt offers is yours” (Genesis 45:18, 20).

When a more national-minded Pharaoh turned the tables on the Jews they were forced to flee, but not before relieving the Egyptians of their gold and silver (Exodus 12:35–36). And so the pattern of Jewish history was set: from outcasts to fellow-citizens, then trusted advisers, and finally, ruthless masters. Then follow the persecutions, pogroms, and expulsions which have won for the Jews so much undeserved sympathy.

The great mass of American Whites seems indifferent to the Jewish question. This is not to say that Americans are unmindful of the Jews — far from it. The Jews are presently more prominent in American life than they have ever been before, and they feel less need to dissimulate and disguise the outward traits which have traditionally brought upon them suspicion and dislike. A name change or a nose job is no longer the prerequisite for social and political acceptance by Gentiles. On the contrary, to qualify as unprejudiced in today’s America, non-Jews must appear amenable to Jewish jokes, Yiddish slang, kosher hotdogs, and Israel bonds.

Solzhenitsyn and the Liberals

WHEN ALEXANDER SOLZHENITSYN, the Russian dissident writer who was exiled by the Soviet government in February, recently shouted at a group of Western newsmen, “You are worse than the KGB (Soviet secret police, equivalent to our FBI),” they were understandably hurt. After all, had not the newsmen of the democratic West made a great folk-hero of Solzhenitsyn, praising him to the skies at every opportunity? Had they not publicized his books for years, leading to their widespread sales outside the Soviet Union — and to a Nobel Prize for Literature for him in 1970?

Alas, the neo-liberal media masters of the West were finding to their sorrow that they had misjudged their man as badly as the communist masters of the Kremlin had earlier.

Solzhenitsyn’s world renown as a writer began in 1962, when Nikita Khrushchev sponsored the Soviet publication of One Day in the Life of Ivan Denisovich, an autobiographical novel of Solzhenitsyn’s experiences as a prisoner in Stalin’s death camps. Khrushchev was promoting the de-Stalinization of the Soviet Union, and Solzhenitsyn’s criticism of Stalinism fitted the party line perfectly at that time.

America and the Third World

ON WHAT considerations should a proper American foreign policy be based? That seems a sensible enough question, yet it is one which has been shunned by at least two generations of Federal “experts” and their media mouthpieces.

The basic reason is a reluctance to bring into the open certain fundamental discrepancies between America’s national interests and the guiding philosophy behind the foreign policy pursued by neo-liberal planners in Washington.

The shambles which this policy has made of the world in the last 60 years, however, should be adequate proof of the unsuitability of its ideological basis and of the need for a new one.

The fundamental rule of a new and proper American foreign policy must be the rule which should also be fundamental to domestic policy: Race is everything. The destiny of America is inextricably linked by ties of blood
Read more »
Posted by Vanessa Neubauer at 5:29 PM 1 comment:

The Ideological Roots of Zionism 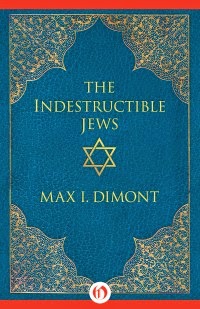 AN INTERESTING and important paperback hit the newsstands a couple of months ago. It is the New American Library (Signet) edition of Max Dimont’s 1971 book, The Indestructible Jews.

“Thou Shalt Suck the Milk of the Gentiles”

Max Dimont is no closet Zionist. In his book he lets it all hang out. He boldly announces to the world what all Zionists believe but most are too
Read more »
Posted by Vanessa Neubauer at 5:09 PM 1 comment: