Toward a Healthy Society

You know, a society is a very complex thing: it is like a living organism. It responds to selective environmental forces, and it evolves. In past ages it was the struggle of our people to survive, the competition of our people against other peoples, other races, which determined the nature of our society. Societies which functioned well survived. Societies which didn't function well perished. Historically, if some crazy liberal came along and were able to change all of the rules and structures in a society to suit some egalitarian fantasy of his, the society would sink like a rock, and its people would perish. And that's what's happening to our society today, although it may not be apparent to us because of the time scale. After the experimenters finish their deadly work, it may take a society 200 years to disintegrate completely and sink out of sight. That's not long from a historical viewpoint, but it's long enough so that most of the people involved never realize what's happening to them.

The society we had in Europe up until the end of the 18th century — or one may say, the various national societies there, which really were very much alike when compared with any non-European society — this European society had evolved over a period of many, many generations of our people, and it had fine-tuned itself to our special nature; it had developed its institutions and its ways of doing things which suited us as a people and allowed us to form viable, efficient communities. And when we colonized North America and other parts of the world, we brought the essential elements of our society with us.
Read more »
Posted by Vanessa Neubauer at 1:30 PM No comments:

A LOS ANGELES COUNTY Superior Court judge ruled last month that the so-called “Holocaust” — the alleged extermination of six million Jews by Germany’s National Socialist government during the Second World War — is a historical fact and “is not reasonably subject to dispute.” The ruling was the outcome of a lawsuit by a Jewish concentration camp “survivor,” Mel Mermelstein, now a successful Long Beach, Calif., businessman, against the publishers of a “revisionist” historical periodical, The Journal of Historical Review. (ILLUSTRATION: Buchenwald concentration camp, May 1945: Why were there so many “survivors,” if the German plan was to exterminate all Jews? Jews were put behind barbed wire in Germany during the Second World War for exactly the same reason Japanese were locked up in the United States: because they could not be trusted. Many American “liberators” of Germany’s concentration camp eventually reached the conclusion that the world would have been better off, however, if there had been no survivors, but few had the moral courage to say it. General George Patton was an exception. After becoming well acquainted with the nature of the people [officially called “Displaced Persons”] his troops freed from Germany’s concentration camps, he noted in his diary in September 1945: “Harrison [a U.S. State Department official] and his ilk believe that the Displaced Person is a human being, which he is not, and this applies particularly to the Jews, who are lower than animals.”)

The only real purpose of the periodical — the claims of its publishers notwithstanding — was to cast doubt on Jewish Holocaust claims, and that purpose has been reflected in the pages of each issue. As a promotional stunt The Journal of Historical Review rashly offered a $50,000 reward to anyone who could prove that a single Jew was killed in a gas chamber by the German government during the Second World War. Mermelstein accepted the challenge; sued when, he alleged, the publishers reneged on their $50,000 offer; and won his case.
Read more »
Posted by Vanessa Neubauer at 1:30 PM No comments: 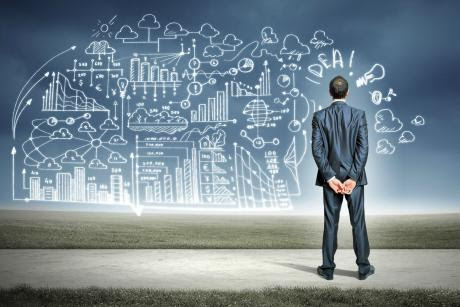 READING, writing, and arithmetic in the schoolroom may seem far removed from the fire and blood of the modern battlefield, but one can nevertheless understand much of the reason for the decline in Americans’ chances on the latter by looking at the causes of their declining performance in the former; the two grow from the same roots, as do also other of our current problems, including our faltering economy. (ILLUSTRATION: Creating and maintaining a civilization requires discipline as well as intelligence. The decline of American education is resulting in grave consequences for our nation.)

No other nation has a more expensive or elaborate system of public education than the United States. Nowhere else is there more opportunity for learning, at all levels.

At the top level America has some of the finest universities in the world, where the frontiers of knowledge have been pushed as far forward as in any other nation, and from these universities are coming as bright and well-trained scientists and engineers as will be found anywhere. Because of them America was able to launch the microelectronics revolution and to take a belated lead in the exploration of the solar system.

But while American industry still produces the world’s most advanced computers, and American astronauts still fly into space in the world’s most sophisticated spacecraft, that vital margin of quality which has been ours ever since the destruction of Germany in the Second World War has now shrunk almost to zero, and within the next decade leadership in technical excellence almost certainly will pass into other hands.
Read more »
Posted by Vanessa Neubauer at 4:30 PM No comments: