Sociobiology: The Truth at Last 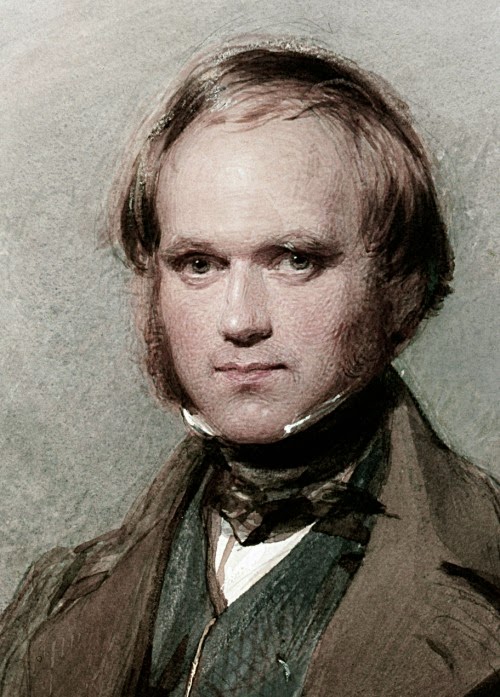 THE AUGUST 1 issue of Time magazine carried a six-page cover story on sociobiology, which is just a fancy name for the biological study of groups of interacting organisms — including human societies. (ILLUSTRATION: Charles Darwin demolished one Jewish myth, and his successors are now finding the courage to tackle another: that of the infinite malleability of human nature.)

The Time story has many flaws. In addition to its inevitable bias, it treats its subject in the typically jazzy, junky style we have come to expect whenever one of the controlled media gets its grubby paws on something of real value. Yet, the Time editors left enough solid truth in their story that the intelligent reader must scratch his head and wonder whether they have suddenly developed suicidal tendencies; the article is a loaded and cocked revolver pointed straight at their black hearts.

Of course, it is possible that the media masters are too busy counting their shekels these days to worry about the deeper implications of some of the things they allow to appear in print. In any event, they do include in the sociobiology article a sampling of the rantings of their “court scientists,” all of whom viciously denounce sociobiology and the scientists working in this discipline: “Dangerously racist,” screams Harvard’s 1984-style Committee Against Racism; “genetic capitalism,” scoffs the University of Chicago’s Marxist-Jewish anthropologist Marshall Sahlins; “bullshit,” exclaims Harvard’s worried neo-Lamarckian biologist Richard Lewontin.

The simple reason for the intemperate denunciations — and the reason why Time Managing Editor Henry Grunwald erred badly in judgment when he OK’d the article — is that the already shaky credibility of the entire pseudoscientific rationalization for current liberal dogmas on racial equality and human nature can be sustained only so long as those dogmas are scrupulously shielded from any contact with scientific truth. Recent developments in sociobiological research put the racial equalitarians and the “environment is everything” mythologists in the same untenable position in which Darwin’s theory of evolution put the believers in Genesis a century ago.

Despite Time’s headline description of sociobiology as “A New Theory of Behavior,” the discipline is not really new. Darwin himself laid the cornerstone of sociobiology in his little-known “third book,” The Expression of the Emotions in Man and Animals, published in 1872. Since then many scientists have explored one aspect or another of group evolution. Three decades ago the eminent British anthropologist, embryologist, and anatomist, Sir Arthur Keith, published his A New Theory of Human Evolution, dealing with the genetic basis of altruism, xenophobia, and other inherited social traits. What is new is the emergence of the sociobiologists from their closets after more than 30 years of moral intimidation.

In the 1930s the Jews and their liberal camp followers in the biological sciences were terrified that the racial and eugenic programs of the National Socialists in Germany would gain wide popular support in America, England, and elsewhere. Among German National Socialists were a number of very able sociobiologists, and, in fact, National Socialism may properly be thought of as applied sociobiology extended into the political realm.

The response of the Jews and the liberals to this very real threat to their goal of a mulatto world of universal “equality” was twofold: They greatly stepped up the promotion of their contrived pseudoscience of racial equality and pure environmentalism; and they launched a campaign of slander and intimidation unprecedented in intensity and viciousness against their opponents in the scientific world — which is to say, against all honest biologists and anthropologists working in areas considered taboo by the pseudoscientists. 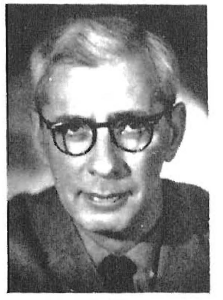 Ashley Montagu has been the foremost propagandist for the alien-liberal coalition promoting the myths of environmentalism and racial equality.

The Jewish anthropologist Franz Boas (1858–1942), who since early in the century had been boosting the Lamarckian thesis of direct environmental action on the germ plasm with spurious studies of the somatic changes wrought by the North American environment on immigrants from Europe and their descendants, became one of the principal actors in the pseudoscience campaign. Solidly entrenched in New York City’s Columbia University, Boas trained a whole generation of Jewish students in his phony “science” — Mel Herskovits, Otto Klineberg, Gene Weltfish, Ashley Montagu — and then relied on the Jewish publicity apparatus to build their reputations as “scholars.” Montagu, in particular, served as a popularizer of the racial-equality myths of the Boas school of anthropology, churning out literally hundreds of books and pamphlets on the subject, all of which were immediately put into wide circulation by allies in the educational and publishing hierarchies.

The outbreak of the Second World War gave the pseudoscientists an advantage in silencing their critics which they exploited with true chutzpah: anyone who questioned their doctrines or who dared to report scientific findings contrary to the liberal-Jewish doctrine of racial equality and the infinite malleability of human nature was accused of having Nazi tendencies and being subversive.

In the immediate postwar years the myth of the “six million gassed Jews” was given an enormous buildup by the controlled media, and the pseudoscientists never hesitated to suggest that anyone who accepted the scientific facts which the German National Socialists had accepted must share the Nazis’ “guilt.” To cite evidence, for example, that Blacks and Whites are not only physically different but also psychically different, implying that racial differences in behavior are, to a large extent, genetically determined, was considered equivalent to putting on a Nazi armband and calling for the extermination of all Blacks.

Jewish gas-chamber propaganda is still trotted out regularly by hecklers at lectures by the University of California’s psychologist Arthur Jensen and Stanford University’s physicist-turned-geneticist William Shockley, both of whom have presented hard evidence that Negro mental inferiority is hereditary. After more than 30 years, however, the time-worn fables of the Nazis’ human soap and lampshades have lost much of their bite, and since Jensen’s courageous first venture into taboo territory in 1969 dozens of other scientists have followed.

One of the greatest shames of our race is that, as a whole, we showed so little moral backbone for so long. We allowed ourselves to be intimidated by an alien gang of hucksters posing as scientists into going along with their suppression of truth and promotion of self-serving lies for nearly 40 years. What makes the shame even greater is that we displayed our cowardice most abjectly in the very places we have always most proudly boasted of our bold and fearless independence: in our great universities.

Out of the thousands of our scholars who saw through the Jewish-liberal fakery, only a handful had the courage to challenge the liars, deceivers, and obscurantists openly. The vast majority swallowed their pride — and their honor — and put salary and social acceptance ahead of their obligation to truth and their people. Even today a substantial portion of our most distinguished, degree-laden savants tremble in fear that someone may publicly label them “bigots” or “Nazis,” and they nervously hasten to assure anyone who will listen that they are not really racists.

The recent work of Harvard sociobiologist Edward Wilson and others which is cited in Time is a welcome new wave of truth over the top of the dam of lies, censorship, and repression, but it is only a precursor of the flood which will follow as the dam inevitably crumbles under the growing pressure behind it, and the alien filth is swept away forever in a cleansing rush.

The great science of life, the foundations of which were laid by Charles Darwin and Gregor (Johann) Mendel more than a hundred years ago, will finally be free of the fetters placed on it by evil men and their soul-sick disciples. Our people will then have at their disposal a mighty tool in their never-ending quest for their unlimited Destiny, a tool which will transform not only the lives of our children and our children’s children, but all of Creation.
* * *