A Brief History of U.S. Policy in the Middle East, Part 2: From the Balfour Declaration to the Roosevelt Era [1]
by Dr. William L. Pierce 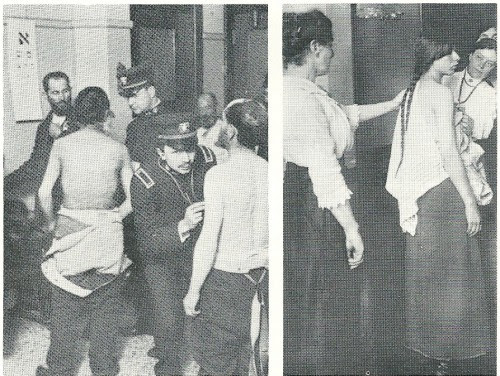 Jewish immigration, nearly all of it from Eastern Europe, swelled the number of Jews in the United States by a factor of 10 in the four decades between 1890 and 1930, establishing a power base for the realization of Zionist schemes. In some years during this period more than half of all the immigrants to the United States were Jews, as are these men and a woman being checked by medical examiners at New York’s Ellis Island entry station. Note the Hebrew eye chart on the wall at the left. Alarmed patriots urged legislation to halt the alien flood, but the politicians had already been bought.
IN PRESENTING HIS PLAN to use an anticipated war among the Gentile nations for the furtherance of Jewish goals, Theodor Herzl had announced at the first meeting of the Zionist Congress, in August 1897: “After the great European war is ended, the peace conference will assemble. We must be ready for that time.”[2]
When the Paris Peace Conference finally did assemble, on January 18, 1919, the Jews were more than ready: they had stacked the conference in their favor more thoroughly than any riverboat gambler had ever stacked a deck of cards. All the delegates of the Allied powers — especially those of Great Britain and the United States — had been approached beforehand, many of them repeatedly, and been harangued, badgered, bribed, threatened, and coaxed to support the Zionists’ demand that Palestine be taken from Turkey and given to them.
Jews also had taken a hand in the preparation of background material used for briefing the delegates on the historical, political, and economic facts relevant to their deliberations. Thus, a set of recommendations prepared by the “Intelligence Section” of the U.S. delegation to the conference suggested that “the Jews be invited to return to Palestine and settle there” and that future policy should be “to recognize Palestine as a Jewish state as soon as it is a Jewish state in fact.”[3] 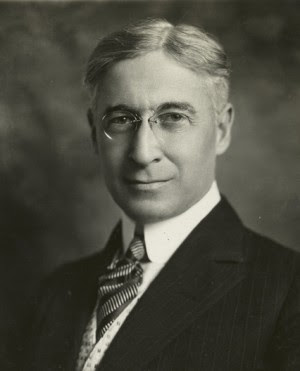 BERNARD BARUCH
Finally, most of the top Zionist leaders converged on Paris, so that they could follow the proceedings at the conference closely and do any personal arm twisting needed to keep the delegates in line. Louis Brandeis was in and out; his protégé Felix Frankfurter was there whenever he was not; Chaim Weizmann commuted between London and Paris; Rabbi Stephen Wise came from New York; and Bernard Baruch, a wealthy Wall Street commodities speculator who had come to have as strong an influence on President Wilson as that exercised by Brandeis, was an official delegate of the U.S. government.[4]
A few of the Allied political leaders undoubtedly had a sympathy for the Zionist position based on their childhood inculcation with Sunday School tales of the “chosen people” and the “promised land.” During the first years of this century such beliefs were still fairly common among otherwise intelligent and sophisticated men in America and Britain. This apparently was the case with British Prime Minister Lloyd George, for example, who was known to lecture his colleagues in Parliament on the Old Testament from time to time. 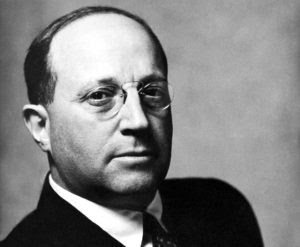 EUGENE MEYER
Biblical superstitions were not what the Jews were counting on, however. Money and political influence, the latter exercised through their growing control of the press, were their principal arguments in persuading the delegates to give them what they wanted. Their influence was strongest among the British and the Americans, with their virtual domination of the weak and confused Woodrow Wilson being their trump card.
Rabbi Wise has related a conversation he had with Wilson while the conference was in session: “‘Mr. President,’ I said, ‘world Jewry counts upon you in its hour of need and hope.’ Placing his hand on my shoulder, he quietly and firmly said, ‘Have no fear, Palestine will be yours.’” [5] 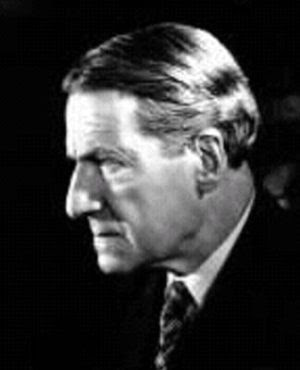 RABBI STEPHEN WISE
Such a commitment to the Jews was, of course, completely contradictory to Wilson’s loudly and widely professed principle of “self-determination for all peoples,” since the Palestine he proposed to give to the Jews already was inhabited by a people hoping for their own self-determination. The truth of the matter is that Wilson seems to have been much more concerned with the rhetorical impact of his famous “Fourteen Points,” which enumerated the principles he asserted would govern America’s policy at the peace conference and which he had announced to the world on January 8, 1918, than with their actual meaning.
He had an abundance of lawyerly cleverness with words, and he was brimful of all the latest liberal platitudes about the desirability of “peace without victory” and making “the world safe for democracy,” but he seems to have had little understanding of, and less concern for, the realities of the situation to which his Fourteen Points — and his “Four Principles” (announced February 11, 1918), “Four Ends” (July 4, 1918), and “Five Particulars” (September 27, 1918) — supposedly were addressed.
The very first of the Fourteen Points, for example, called for an end to all secret diplomatic negotiations and demanded that “diplomacy shall proceed always frankly and in the public view.” One can only wonder what the man had been smoking when he came up with that idea, so contrary to common sense and human nature is it. Indeed, Wilson himself became so conspicuous in ignoring his own injunction the following year, when he carried on most of his peace negotiations in Paris behind closed doors, that Robert Lansing, his secretary of state, had to warn him about the bad impression this secrecy was making on the public. 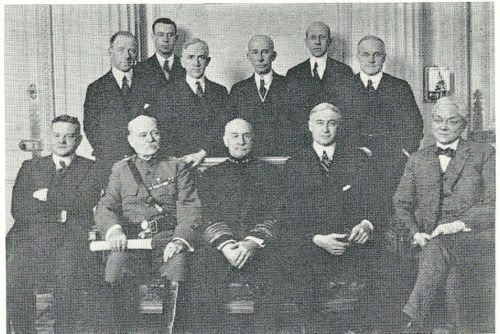 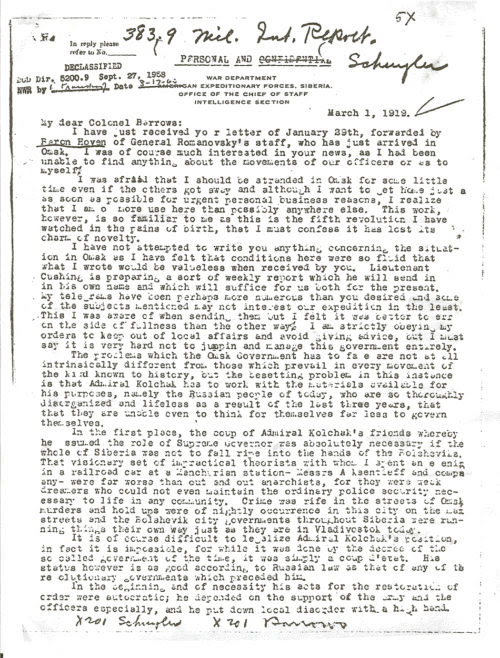 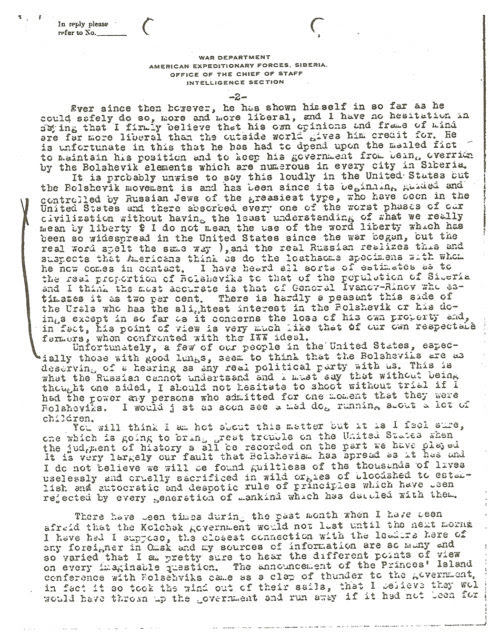 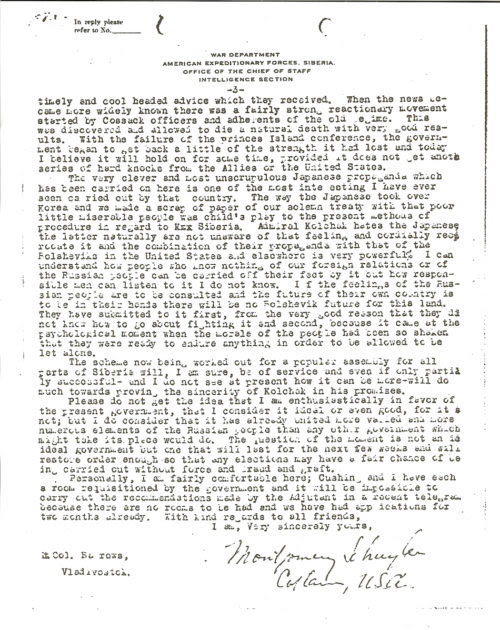 On July 5, 1918, Lansing received a lengthy telegram from the U.S. consul in Vladivostok, John Kenneth Caldwell. It contained a report by an American commercial representative who had traveled throughout Russia during the preceding 13 months, and it described in detail the suffering of the Russian people at the hands of the Bolsheviks whom Wilson was so anxious to protect: “…Bolsheviks in every city I have resided are simply robbing, murdering, and burning. Practically every business is ruined…. Fifty per cent of Soviet government in each town consists of Jews of worst type, many of whom are anarchists…. The great mass of Russian people prefer even German tyranny to Bolshevik terrorism. I suggest careful consideration Ally [sic] intervention….” [9]
On October 5, 1918, a dispatch was sent to Washington from the U.S. Embassy in London. It contained an eyewitness report written by a Dutch diplomat who had recently returned from Petrograd (formerly St. Petersburg, now Leningrad). After describing some of the mass arrests, starvation, and massacres being inflicted on the Russian people by the Bolsheviks, the report concluded: “The foregoing report will indicate the extremely critical nature of the present situation. The danger is now so great that I feel it my duty to call the attention of the British and all other governments to the fact that if an end is not put to Bolshevism in Russia at once the civilization of the whole world will be threatened…. I consider that the immediate suppression of Bolshevism is the greatest issue now before the world, not even excluding the war which is still raging, and unless as above stated Bolshevism is nipped in the bud immediately it is bound to spread in one form or another over Europe and the whole world as it is organized and worked by Jews who have no nationality, and whose one object is to destroy for their own ends the existing order of things. The only manner in which this danger could be averted would be collective action on the part of all powers.” [10] 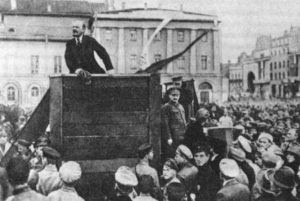 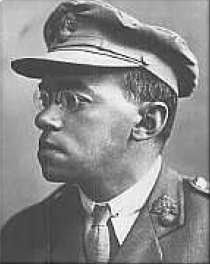